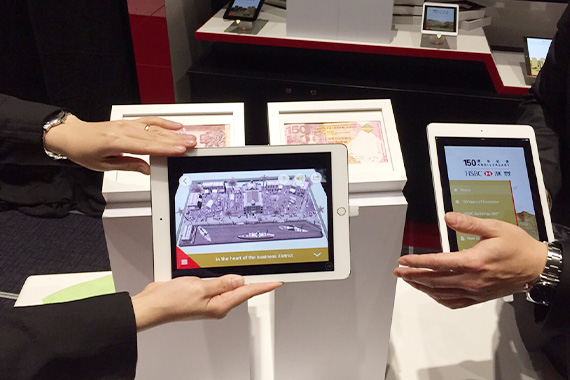 [Hong Kong] HSBC has announced the issue of its 150th Anniversary Banknotes with a face value of HKD 150 on 3 March. It is the first collective banknote in Asia to have creatively applied the proprietary Augmented Reality engine. Developed and supported by Cherrypicks Alpha, a leading mobile innovation developer in the city, the unique AR engine visualises the evolution of the city’s development in the past 150 years and Hongkongers’ living environment on the banknote.

Owners of the banknotes can reveal the secrets of the banknotes by scanning the signature scenery on them with the in-app camera of ‘HSBC 150’ mobile app. Other interactive and 3D elements including explanation of banknote details upon selection, as well as a 3D simulating model for 360 degree viewing, are also available in the app to provide a more interesting and informative user experience.

The issue of the HKD 150 banknote is to mark the 150th anniversary of HSBC and show HSBC’s commitment to its founding city Hong Kong, as well as its unlimited and continuous support on the growth and development of Hong Kong.